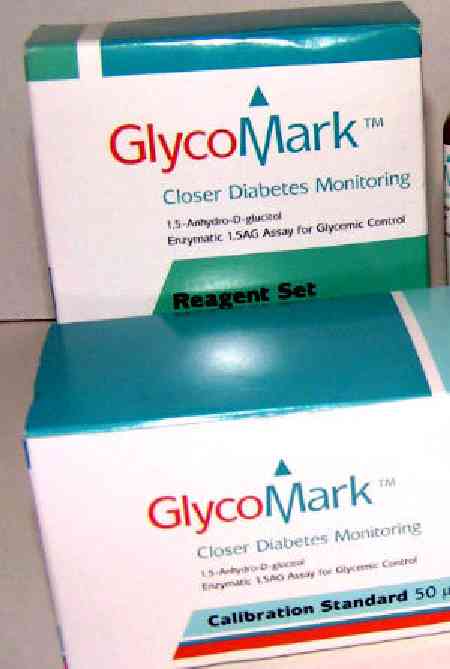 If you want to know how well you are controlling your diabetes, you have had only two options. You can check your current blood glucose level with a meter or your average over the past two or three months with an A1C test.

Now there’s a third and quite promising option. You can get a GlycoMark test.

Approved by the Food and Drug Administration late last year, the GlycoMark test has just become available in this country. Developed by two companies in Japan, it has, however, been used there for more than a decade.

Its greatest utility is its ability to reflect blood glucose spikes after you eat, BioMarker Group President Eric Button, told me recently. For people who have their diabetes under pretty good control that can be the key to doing even better.

A recent study of 290 people with type 2 diabetes show that high blood glucose levels after meals has a greater effect on A1C levels among people who have their diabetes under good control than among those with poor control. For example, when A1C results are less than 7.3 percent, mealtime glucose contributes about 70 percent of the A1C. However, when A1C results are greater than 10.2 percent, fasting blood glucose contributes 70 percent of the A1C level.

The GlycoMark test reflects an intermediate time period between that measured by a glucose meter and the A1C. It reflects your level from “1-2 days to 2 weeks,” according to the company’s website. What that means, Eric told me, is that it reflects your post-meal level over a couple of weeks, but the past couple of days count for more. His company is finalizing a joint venture with the Japanese companies.

GlycoMark measures something named 1,5-anhydroglucitol, but you can just call it 1,5AG for short. This 1,5AG is a simple sugar similar to glucose. But unlike other blood glucose tests, GlycoMark values decrease when serum glucose levels increase.

Right now GlycoMark is available only as a lab test. But they have had a home test in development for a couple of years, Eric says.

One endocrinologist who is already using the GlycoMark is Dr. Nancy Bohannon. She directs clinical research at St. Luke’s Hospital in San Francisco.

“I have great hopes for it,” Dr. Bohannon told me. “If it falls flat on its face, I will be disappointed. But if it does what it claims in a reliable and reproducible manner, the potential is tremendous. It could be even better than fructosamine.”

Sidebar: Whatever Happened to Fructosamine Testing?
For a few years we could use another blood test, fructosamine. It measured your average blood glucose level for the past two or three weeks. But LXN Corp., the company that made those meters, closed down in 2002, and right now there is no way to get a home fructosamine test.

Now, however, a British company called Quotient Diagnostics is working on a new type of meter that they say will have laboratory precision and accuracy. At first, the focus will be on A1C testing, but a company representative told me that they intend to add fructosamine testing.

This article originally appeared in Diabetes Health, June 2005. The manufacturer’s website is glycomark.com.