People Who Are Finding the Way

Five years ago Gretchen Becker had no idea that she had diabetes. She was spending more than 50 hours a week editing the tiny type of an eye doctor's article and becoming increasingly short sighted. 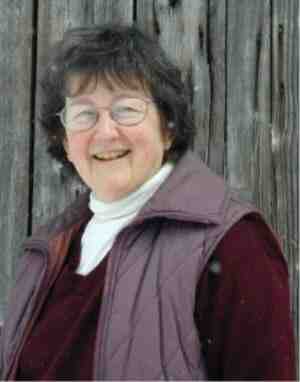 Gretchen almost suspected the doctor of using the tiny type to increase his business. But she was also thirsty a lot. Then she started craving sweets. Finally a friend suggested that she be tested for diabetes.

When Gretchen had her blood sugar tested, it was awfully high. She had a hemoglobin A1c of 16, more than twice as high as normal. Gretchen was stunned. But she began buying books about diabetes and exploring the Internet. She took the medicine her doctor prescribed and lost 30 pounds following the exchange diet.

But Gretchen was always hungry and her blood sugar levels stayed above normal. When she cut back on her carbohydrate intake, her weight stabilized and she wasn't always hungry any more.

"I call my diet lowish carb," Gretchen says. "I eat carbs in green vegetables, but I don't eat any bread, no rice no potatoes, no corn, no starchy vegetables."

Gretchen is not a carb counter, but when she does track them, they are usually between 30 and 60 grams a day. She also eats meat and some cheese and tries to emphasize monounsaturated fats.

Her diet works for her. Her most recent hemoglobin A1c tests were 5.4 and 5.6.

Except for eight ewes, a spoiled cat, and rodents in the walls, Gretchen lives alone on a 26-acre side-hill farm in southern Vermont, 18 miles from the nearest town. She raises sheep, and old apple trees dot the hillside.

"I also have some raspberries and blueberries and even cranberries near my spring," Gretchen says. "So I call the farm Cranberry Hill Farm. The sad thing is that all my life I dreamed of owning a place where I could grow fruit, and now I can't eat it. Well, not in large amounts. I do eat the raspberries without guilt."

In just a few short years Gretchen has become an expert on diabetes. Others often turn to her for advice on several Internet mailing lists that provide support for people with diabetes.

Gretchen just completed the manuscript of her first book about diabetes. For competitive reasons her publisher doesn't want me to say precisely what the book is about. But I have read the draft of the book and can say that it is certain to become a blockbuster.

I wrote this article for the old "DiabetesWatch" website. Gretchen's book has now been published. It is The First Year—Type 2 Diabetes, New York, Marlowe & Company, 312 pages, $14.95.

In 2004 she wrote The Four Corners Diet: The Healthy Low-Car Way of Eating for a Lifetime with Dr. Jack Goldberg and Dr. Karen O'Mara. Again, the publisher was Marlowe & Company. It is 254 pages, $14.95.