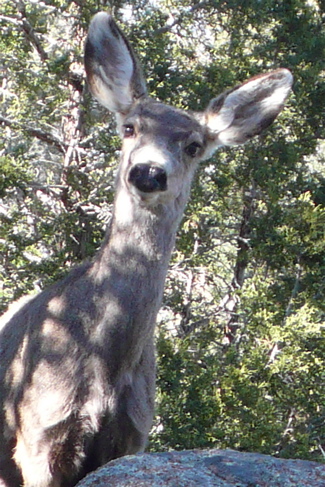 
So far I have written 269 articles for Health Central about all aspects of diabetes. In April this leading website published nine more of my new diabetes articles:


Confessions of a Quack


Steven Bratman is one of my favorite medical doctors. I have known and respected him for years of exchanging email, talking on the phone, and lunching together. He is in practice in Denver, and it is a rather conventional one. But that wasn't always the way that he practiced medicine.

"I once took alternative medicine on faith," Steve wrote at the beginning of his important article on "Double Blind Studies" that he authorized me to make available on my website at http://www.mendosa.com/bratman.htm. "For decades, I practiced it on patients and myself and my family, and assumed that pretty much all of it worked. Then I learned about double-blind studies, and it was like a tornado blowing down a house of cards. I discovered that I, like most people who love alternative medicine, had made a huge (though understandable) mistake."

Now, he has authorized me to made available his wonderful semi-autobiographical novel, "Confessions of a Quack." I read a draft of it in 2005 and encouraged Steve to find a publisher for it. Conventional publishers, however, thought that the audience for a novel dealing with alternative medicine would be too small. So Steve has now authorized me to publish it on my website at http://www.mendosa.com/Confessions.pdf.

I smiled and laughed many times when I read the book. Steve has a great, ironic sense of humor. It's an important book too. And sometimes a novel can communicate a message a lot better than non-fiction.

Like the fictional Dr. Harry Boullard of "Confessions of a Quack," Dr. Bratman started "The Natural Pharmacist." This is the most comprehensive and objective resource for hundreds of herbs and supplements used to treat many medical conditions, one of the most important of which is certainly diabetes. Fortunately, some hospitals make this important resource free online. On of them is Memorial Hospital in Jacksonville, Florida, and one of its long links to the site is here. I reviewed "The Natural Pharmacist" in my blog.

Dr. Bratman's agent for some reason that I can't fathom thought that he should change the name of the book to "Adventures of Holistic Harry." I strongly disagreed and convinced Steven to let me provide his book on my website under the much more appropriate title, "Confessions of a Quack."

I now send out Diabetes Update once a month. Previous issues are online: