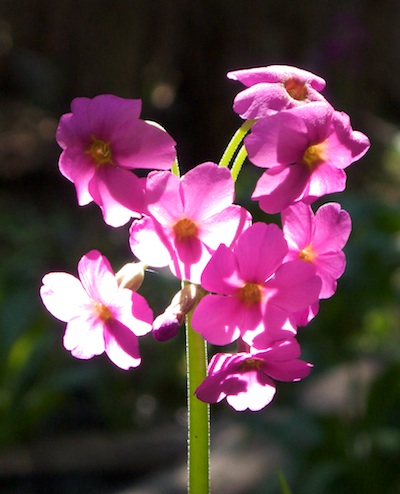 
So far I have written 299 articles for Health Central about all aspects of diabetes. In July this great website published nine more of my new diabetes articles:


Truvia Update
What looks like the best sweetener ever just became available. It seems to have everything going for it.

The sweetener is Truvia. My May article introduced it to my readers.

Truvia is a natural product. It has no calories. It's the only non-caloric sweetener using a bulking agent, the sugar alcohol erythritol, that has essentially no calories. Even Truvia's name, standing for true and way, is great marketing.

The company that developed Truvia is Cargill. When I mentioned that to a friend of mine, he had never heard of the company. But Cargill is the biggest privately owned company in the world.

This means that Cargill has the marketing muscle to make Truvia available everywhere. I was surprised, in fact, that we can already buy it.

Truvia went on sale first at D'Agostino supermarkets in Manhattan and online at www.truvia.com. The price is $3.99 plus shipping and handling for 40 single-serve sachets. That's a little more expensive than older, artificial sweeteners, such as saccharin, aspartame, and sucralose.

Cargill expects to have Truvia available at grocery stores and big box retailers across the country in the fall. Truvia also will be a sweetener in beverages and foods -- such as yogurts, cereals, and snack bars -- as early as next year. Coca-Cola co-developed Truvia with Cargill and has exclusive rights to use it in beverages.

A couple of weeks ago the company's public relations firm sent me sample packets of Truvia and a chocolate bar made from it. They are great with no bitter after-taste link stevia sometimes has.

The reason why I compare it to stevia is that Truvia is the brand name of the extract rebiana from the stevia plant. And stevia has another problem.

The U.S. Food and Drug Administration lets companies sell stevia as a supplement. But not as a food. "It cannot be sold as a sweetener because FDA considers it an unapproved food additive," the agency says.

The FDA has no formal approval process for natural substances, Cargill spokeswoman Ann Tucker told me when I called her. But an "independent panel of experts met, reviewed the science, and made the statement that the product is safe."

Personally, I still don't use any sweeteners, caloric or non-caloric, as I wrote last year. I recognize that my position is an extreme one, and if you use any sweetener I can't imagine a better choice than Truvia.

Dr. Bernstein's Webcast
If you have any interest in controlling your diabetes by low-carb eating, one of the best resources is Dr. Richard K. Bernstein's monthly webcast. It's an hour of excellent diabetes education.